Over the summer my friend Annie invited me to spend the weekend at her in-laws.  They live in Fiuggi.  It’s only an hour south of Rome but at least a good ten degrees cooler.

I happened to visit during Fiuggi’s sagra.  It was outstanding.  When a large group of people started to do the Electric Slide, I fell out.  Seriously.  Here I was in a small hill town in the middle of Italy (I saw only one other black person there) and folks were doing this:

Another highlight of my weekend was our trip to Castello di Fumone, (aka Castello di Longhi).  The tour (in Italian) was very interesting.

The castle was built sometime between 244 – 455.   The name means “Big Smoke.”  The area was very strategic given its high elevation.  Large smoke signals were released to warn towns and cities as far away as Rome about invaders.

In 1584 Pope Sixtus V asked the noble Longhi family to take over the upkeep of the castle.  It had fallen on difficult times.  They did and brought it back to life.   Members of the family still live in the castle.

Castello di Fumone has one of the largest roof gardens in Europe and the views are spectacular.

There were many design elements for me to savor.  Annie probably got sick of me not keeping up with the group because I was too busy taking photos.

How gorgeous is this decorative wall painting? It represents the Longhi family’s crest and colors.  I could see a very cool wallpaper inspired by it. 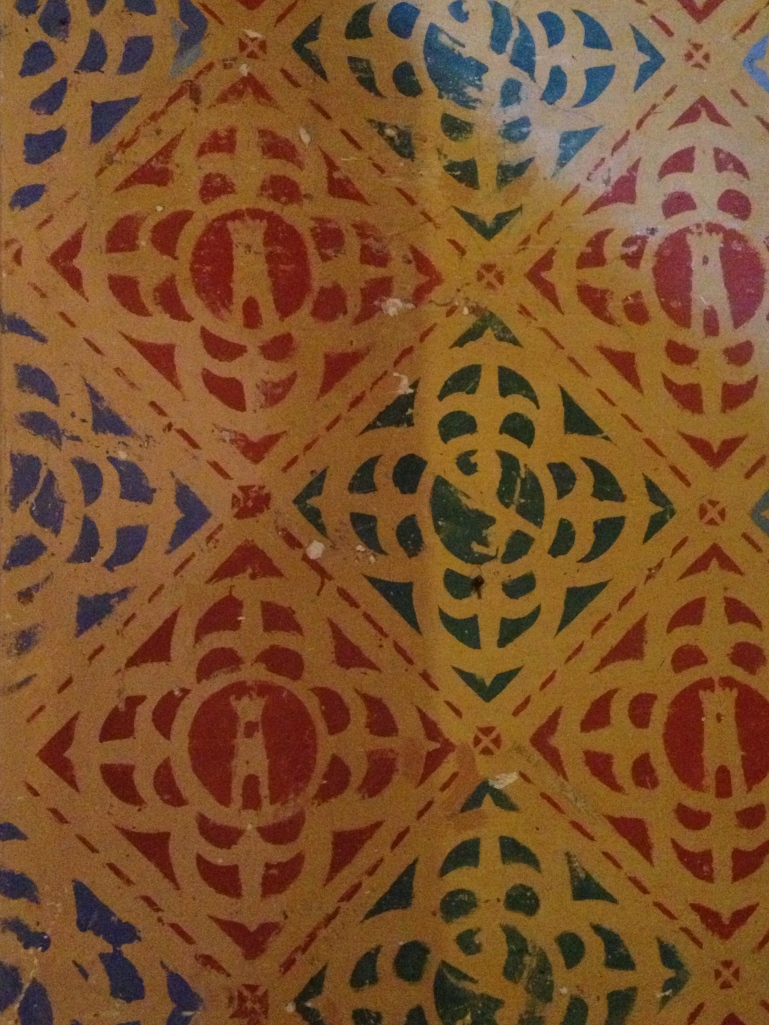 You know one of the buyers at Restoration Hardware has a photo of this chair on an inspiration board.

Castello di Fumone was in the news after Pope Benedict abdicated his papacy.   He was the first pope to do so in seven hundred years and only the second pope to abdicate.

The first pope to resign was Pope Celestine V.    He was captured and locked up in a tiny cell in the castle by his predecessor.  He died ten months later at age eighty-six.

Annie and I could barely fit into the cell.  I pictured this old man sleeping on cold stone floors.   I guess his fate was better than the man who was buried alive in the castle walls.

Thanks to my excessive photo taking, I miss part of the tour in the archives room.  It was for the best.  Annie filled me in later.

In the 1800s Marquise Emilia Caetani Longhi had seven daughters.  She and her husband then had a son, Francesco.  His sisters, worried that they would be cut out of their inheritance (everything would go to the male heir), slowly poisoned him to death.  Nobody knew how he died until years later when one of the sisters confessed upon the death of her parents.

It is said that the ghosts of Francesco and his grieving mother can be heard wailing throughout the castle.

His body and some of his personal items are kept in a wooden cabinet.

Warning:  Photo of a mummified toddler below.

This freaked me out. 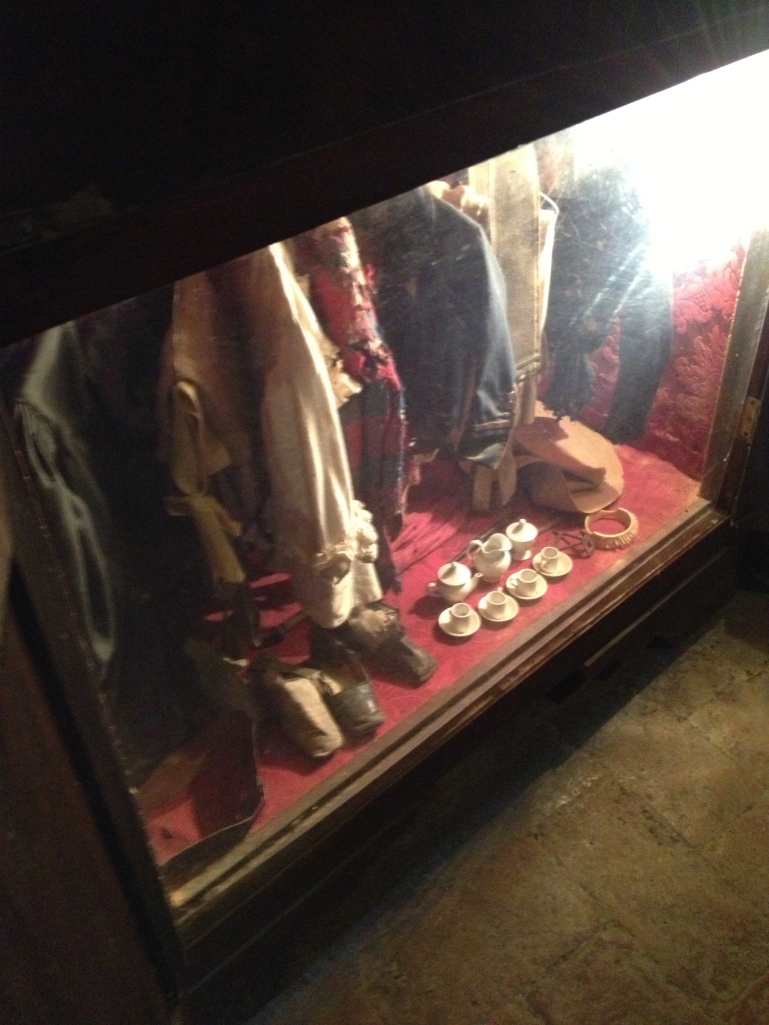 I thought after hearing about poor Francesco, that would be it for gruesome stories and we could return to a discussion about all the incredible art.

That was not the case.  I noticed a well when we first walked into the castle.  I asked Annie about it and she said all would be explained later.

Apparently, back in the day brides had to see the Baron of the castle on their wedding night.  If they were not virgins (how the Baron would know/find out this information, I have not a clue), they would be thrown down the well.  WHAT IN THE WORLD?!

There is a lot of history (and shenanigans) inside the walls of this castle.  Thanks, Annie for the organizing the trip!