There’s a very vibrant street art scene in Rome, which surprises quite a few people.  One of best areas to see some of this art, is the San Lorenzo district. 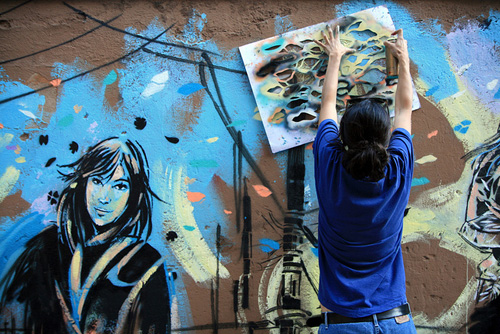 San Lorenzo is home to La Sapienza, one of the largest universities in the world and the biggest in Europe.

This area of Rome was also the most heavily bombed during WW II.   Most of the buildings were destroyed and you can still see some of the damage today.  As with many neighborhoods located near large universities, there’s a large population of artists and other creative types mixed in with older residents.

If you’re in Rome this Sunday, there is a Street Art Instameetup in San Lorenzo starting at 5:00 p.m.