I kept bumping into Erica and her parents at the market.

We do have great markets in Rome but the market in Ortigia is on another level.  I think it’s because the food doesn’t have far to travel.  The freshness and variety is unreal.

I’m still going on and on to Erica about the peaches I had.  I’m sure she’s tired of hearing about them.

I didn’t buy any fish but I did eat my share from the market.  I’m still talking about that too.

A MUST is the shop, Fratelli Burgio, located near the end of the market closest to the sea.  It gets very crowded so be patient.  I hear they have fantastic sandwiches and aperitivi.   The line for sandwiches was long and there was only one person behind the counter.  Poor guy.

I bought some Pachino sun dried tomatoes in olive oil there.  At thirty-two euros a kilo they were not cheap but were worth every single euro.

A bowl of said tomatoes.  Pachino tomatoes are grown only on the Southeastern coast of Sicily.

The fishmongers were quite lively (and flirty).  I was too shy to snap a photo of the very attractive gentleman who called me Ms. New York. 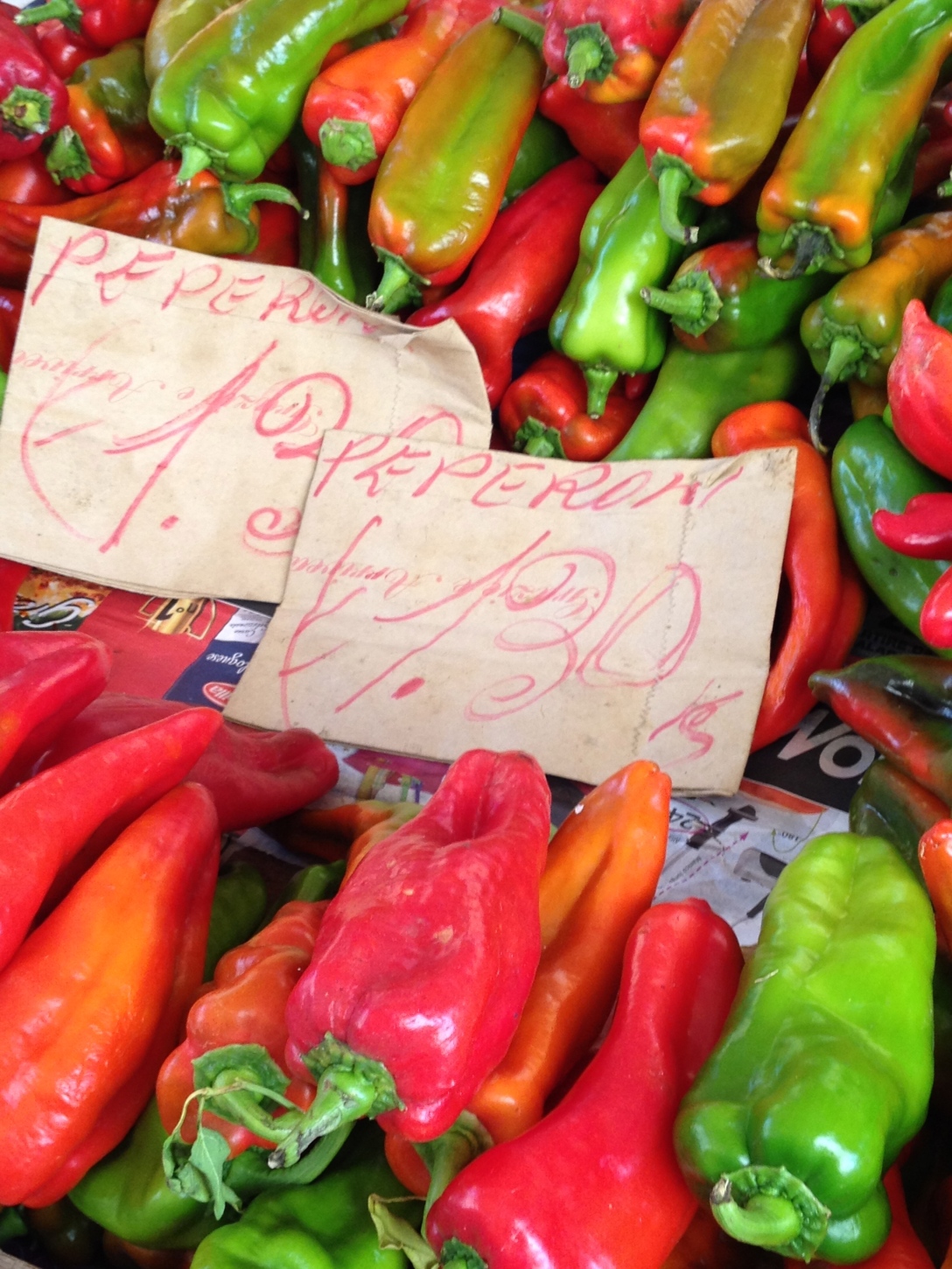 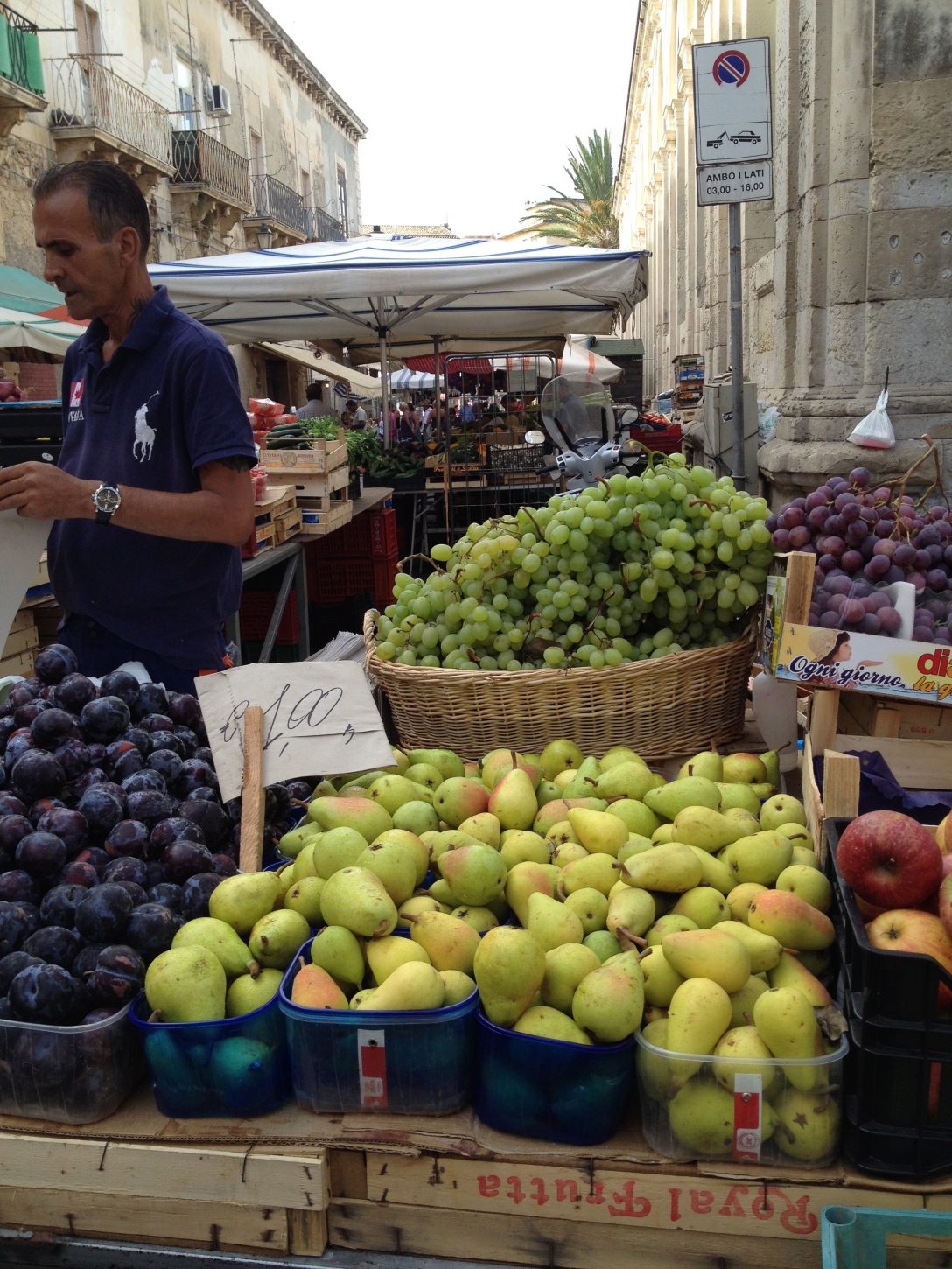 Photos: Me with my iPhone