This is why I completely disagree with the finale (SPOILERS ahead) of the NBC show “American Dream Builders”.  Looking at their Facebook page, I’m not the only one.

Earlier, I wrote about why I enjoyed the show.

They should change the name of the show because there was nothing about Lukas’s beach house that worked for the clients.

The job of a decorator/interior designer is to address the needs of the client.  He did not do that.   All Lukas talked about was his vision. He is talented but Jay should have won.

On what planet is it a good idea to paint a beach house in SOUTHERN California black?  It’s not edgy.  A black shingled house in Maine, or Martha’s Vineyard, that could be cool.  Does Lukas know that that the light is different in New England compared to the Southern Californian  Coast? One of the judges said the house looked like it had been in a fire.

Also, Lukas did not deal with any of the design flaws of his house.  That kitchen was awkward.

This a beach house for a multigenerational family.  Their reaction at the reveal was priceless.  I adore mid-century design and would use it in a beach house but would mix it up.

Nate kept saying Lukas was forward-thinking.  Has Nate ever been to IKEA? I know he has traveled to Europe.  This beach house would work for a single person with no kids who never entertains.

Nate raved about Lukas’s $30 chandelier.   Again, this is in a beach house.  I go to a beach house to relax.   Who’s going to clean it and replace the light bulbs?  It’s not functional.

This room.  Where are the young children going to hang out?

Nice to look at.  Wouldn’t want to sit there for a long meal.   What is that statue about in the corner?

Not relaxing.  These chairs would be fab in a loft apartment, not at the beach. 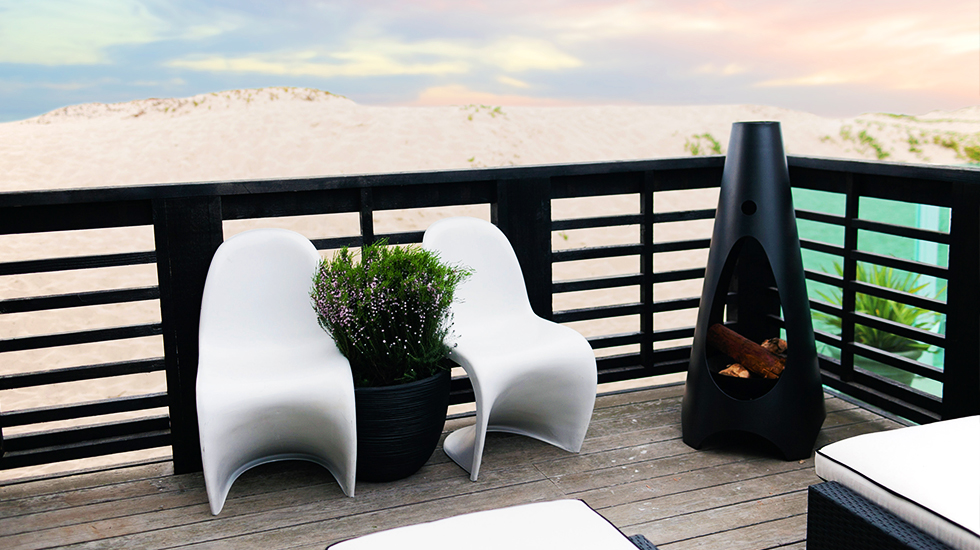 if the Neighborhood Council voted for the finale winner, Jay would’ve won hands down.    Elaine was eliminated for her red family room because it didn’t fit the décor of the rest of the house, but Lukas can win the whole competition for this house?  Please.

If they didn’t want a home builder to win, don’t put them in the competition.

I don’t know if the series has been renewed for a second season.  It’s a shame that the finale was such a disappointment but I enjoyed the earlier episodes.