Yes, the title is a question not a statement.  This is a road my entrepreneur/freelancing friends and I are trying to navigate.

I was thinking about this while walking home after meeting up with some girlfriends. 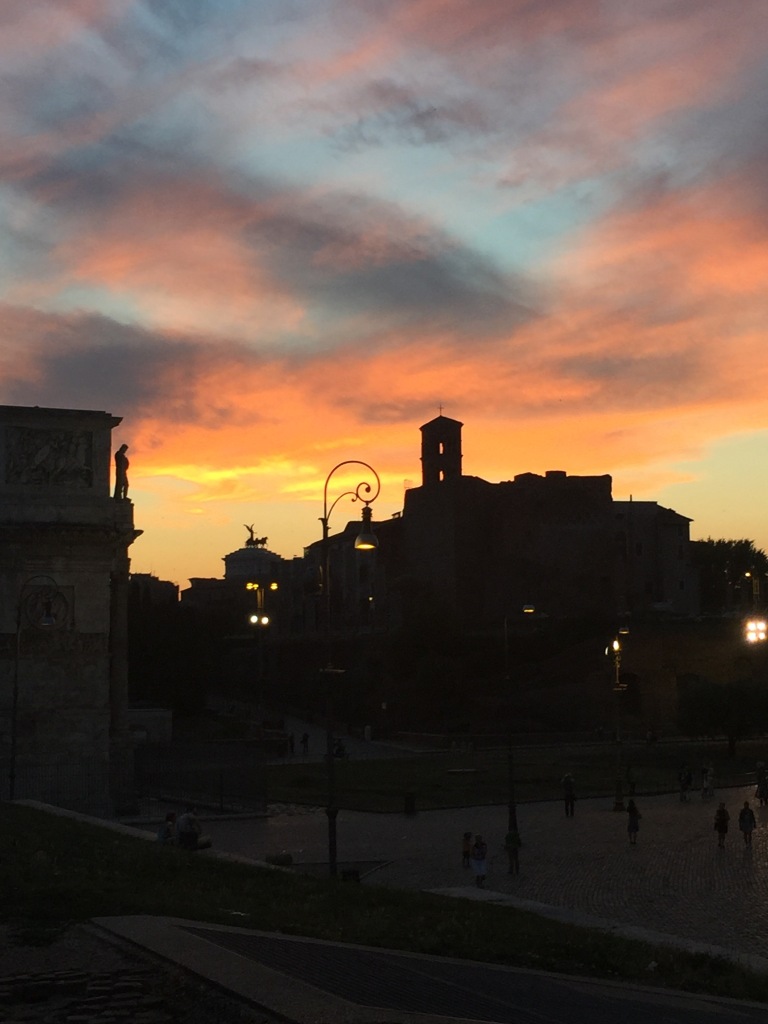 They are a dynamic group of women.

However, one thing I have noticed time and time again (especially when I worked in Hollywood) is that so many of my female friends tend to downplay their success.  They say they’re lucky or get embarrassed when talking about their accomplishments.  Meanwhile, my male friends and colleagues would proudly discuss their success and many would take credit for things they didn’t even do.

Perhaps there is a fine line between bragging and just stating the facts.  What is it?

Is being too humble holding us back?  I’m not saying we need to go to a Trumpian level of bloviating but the constant self-deprecating, aww shucks thing needs to stop.

Even my friends who were born with a sliver platter, hustle.  True, their family’s influence helped them get in the door but they stay in the room because they’re great at what they do.  Luck is only a small part of their success.

Recently, the very talented Felicia Sullivan asked me to be part of a series she’s writing on successful female entrepreneurs.  At first, I wondered why would she want to interview me.  My friend Erica knocked some sense into me and I did the interview.  Then she told me I had to Tweet about it a few times over the next few months. I haven’t. Why not?

The fact that there’s a popular hastag called #humblebrag speaks volumes.  Why be passive aggressive?  A agent friend in Hollywood told me that there’s nothing wrong with with tooting your own horn as long as you also toot the horn of others.  Nobody wants to see or read a feed that is me, me, me, 24/7.

When I think about the self-promotion that turns me off, it’s because the person only talks about themselves. Always.

So I say go ahead and tell the world about the great things you’re doing. How will people know unless you have a publicist? Maybe some people won’t think these things are that great, special, or interesting. That’s okay.  It’s something you’re proud of.

I’m going to work on my own self-deprecating responses.  I now know I won’t succeed if I only dwell on negative things or what I haven’t accomplished yet in my career.  As 2015 draws to a close, I am thinking long and hard regarding how speak about my work and my business.

And yes, I’m going to retweet this interview:

When I first visited Rome in 2008, Arlene took me to the most incredible Italian restaurant–one I would never have found on a map. We were introduced by a woman who was interested in adapting my memoir for film. Although the project fell through, I’m thankful for having met Arlene and for our long-distance friendship since, punctuated by my occasional visits to Italy.

I admire Arlene deeply, embarrassingly so. She left a job, country, and life in pursuit of something other. She wasn’t tethered to age as a means of trapping one in one’s vocation, rather she set out to find her place in the world. Up until a few months ago she was a successful writer/producer and now tell stories in another form: interiors. I love women with verve, women who take risks, break ranks, and live without apology. Arlene is all of these things, but in the end she’s a truth-teller. I only hope to be as successful as I move through my acts. Let her story inspire you. –FS

When I first met you, you’d recently emigrated to Rome from the U.S. Truth be told, I admired you, how brave you were to leave a successful career behind for something other. This was a time before we’d read articles about expats and second acts. Your career has spanned politics, film and entertainment—but tell us how you returned to your first love: decorating. Why did you leave producing behind?

Arlene Gibbs: What timing. Until two months ago, I had two careers going on, screenwriter/producer, and decorator.

When we first met, I was writing full-time and developing a few projects as a producer. Everyone told me it would be impossible to be a screenwriter/producer based in Rome (especially without a trust fund). Even after our movie Jumping The Broom was released, and importantly was a hit, I heard the same thing. Nothing changed. Nobody cared. It was a “niche” film. When I pointed out to a producer friend that there were plenty of successful British screenwriters who worked in Hollywood but lived in London, I was told, “Yes, but they are British, white, and male.”

To your last question, it took me forever to see the light. Earlier this summer, one of my dear friends, who lives in Rome, said that the universe was screaming at me and I was ignoring the signs. This friend is usually not that crunchy. I needed to heed her advice.

Then I read this quote from JJ Martin, an American fashion and design journalist who lives in Milan, and everything clicked.

The best advice I’ve ever received was to look at everything that comes your way as an opportunity. Do not underestimate the power of chance and fate. Do what you love, what opens you up, not what closes you down, and makes you act like an asshole. Be responsible, be loving, be caring. That’s what I advise to anyone starting out. If you truly love fashion, it will come to you.

She’s talking about fashion but it could be applied to any creative endeavor. I wasn’t an asshole when I worked in Hollywood, my former assistants still speak to me, but I was not myself. I became a very bitter person.

I was recently hired for a decorating project in Los Angeles. It was my first trip back since making my big decision. It was a great experience. I returned to Rome feeling positive instead of depressed.

The rest of the interview is HERE.

2 thoughts on “Self-Promotion – How do it Without Alienating Everyone?”