One of the highlights of my retreat in Puglia with Eat, Pray, Move, Yoga, was our day trip to Polignano a Mare.

There are not enough adjectives to describe how beautiful it was, so I hope my photos will help.

Polignano a Mare is an approximately forty minute drive from Bari.  It’s the birthplace of singer Domenico Modugno, known for a little song called Volare.   The Historic Center sits on a 20 meters/65 feet limestone cliff.  We entered through the main Porta Vecchia gate and happily got lost in the winding streets until lunch time.

What a lunch it was. I heard that Ristorante Grotta Palazzese was about the views and not so much the food. Our lunch was delicious.  That could be due to the newish chef.  The views are spectacular.  I thought the service was great but we had a fixed menu and it wasn’t too crowded.  We were there during the off season.  Reservations are a must during the high season and I’ve read it’s quite pricey, especially for dinner.

After lunch several of us walked back down to the sea.  Two women in our group decided to go in for a dip.  An older local gentleman was scandalized to see them walking into the sea with their clothes on.  He was concerned they would catch a cold or something wearing wet jeans. 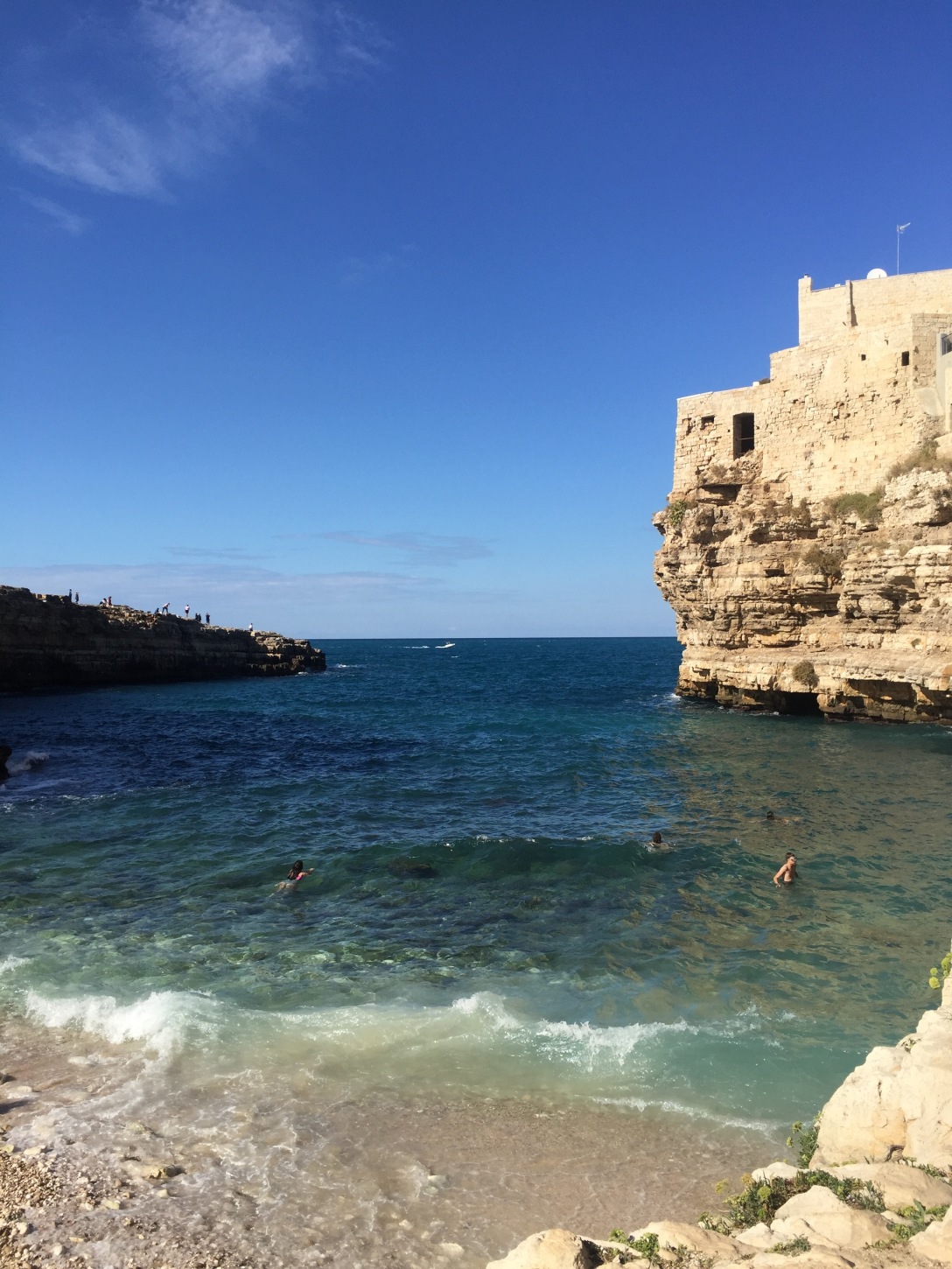 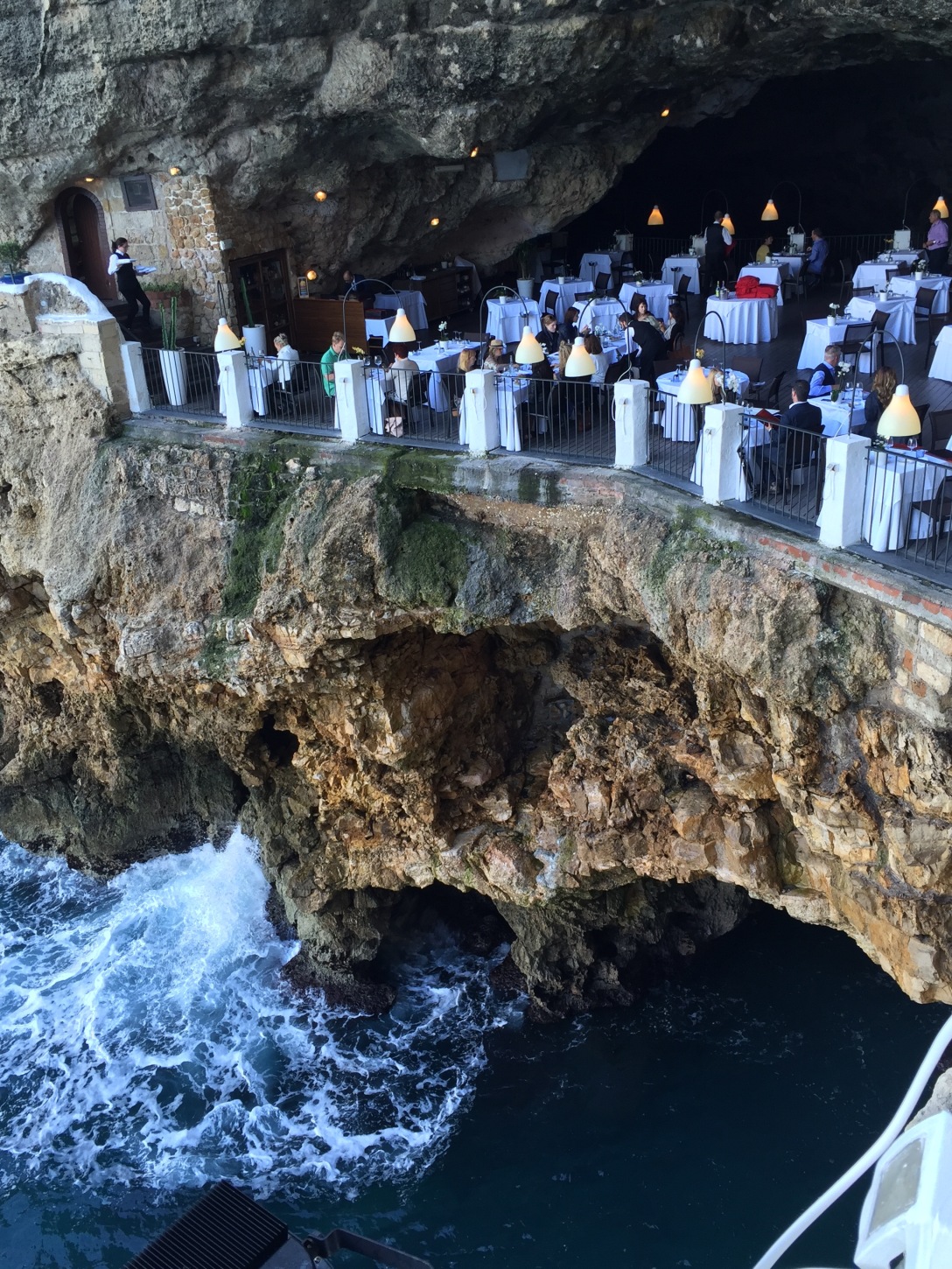 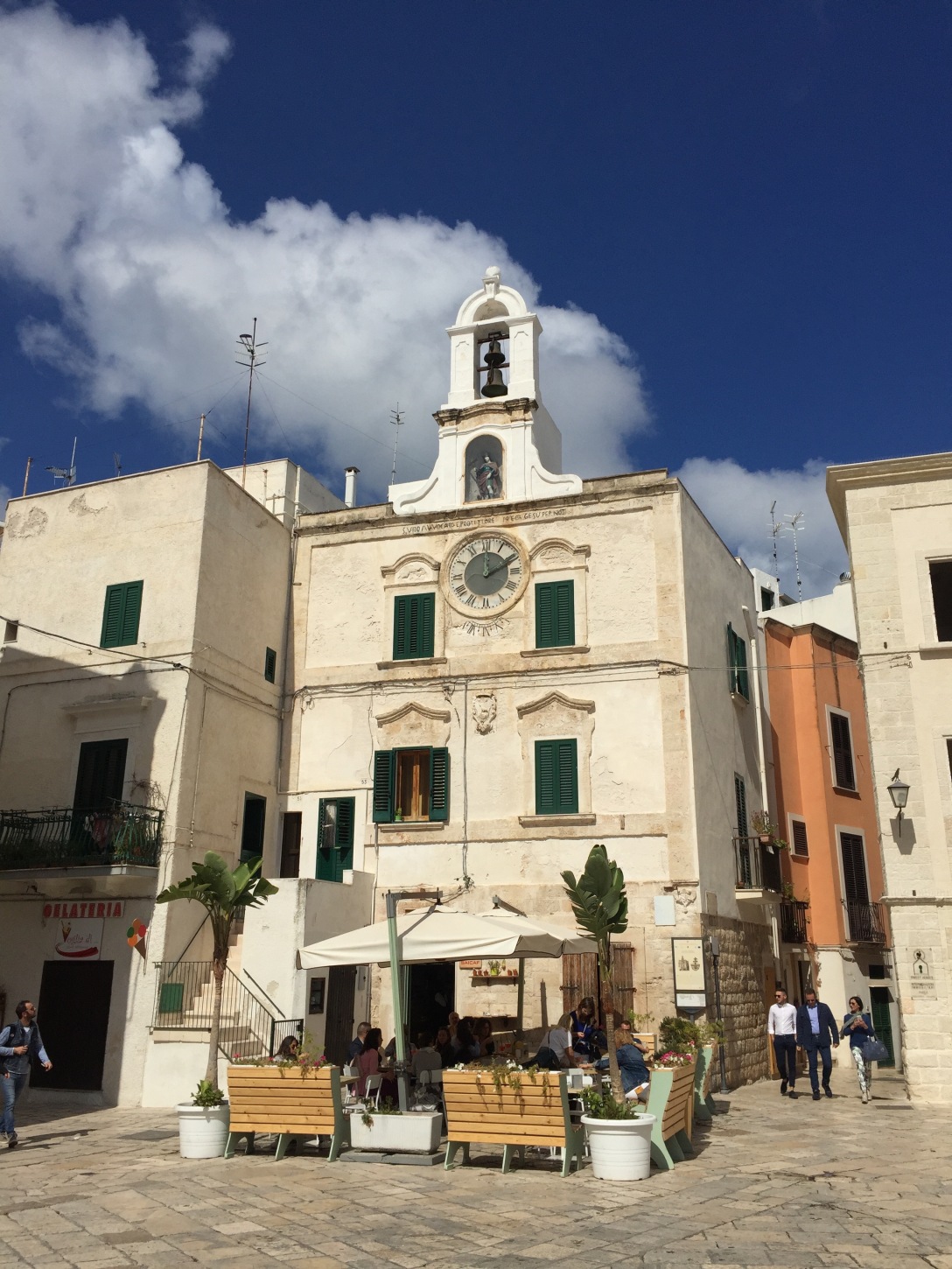 Photos: Me and my iPhone unless otherwise noted.