You may have heard that there’s a royal wedding this weekend in the U.K.

I’m very curious about Meghan’s wedding dress.  Her style is classic.  She wears the clothes, not the other way around.  Meghan’s not jumping on every random trend and clearly knows what works for her figure.  The only look I didn’t love was her dress for her official engagement photos.  The dress was stunning but I wasn’t sure why she was wearing it during a day shoot and Prince Harry’s suit was too casual for the dress.

Below are three royal wedding dresses that I adore.  They all have beautiful silhouettes, the brides look comfortable, and the styles are not dated.  I watched Princess Diana’s wedding and remember even as a kid thinking her dress was (to reference one of my favorite movies of all time) too meringue.  Perhaps it because she was younger than the bridges below,  had a very sheltered life, and it was the early 80s.   Princess Diana was drowning in her dress.

Princess Grace was married in 1956 and this dress is still influencing wedding and formal dress designers.  It was designed by Helen Rose who was a costume designer for MGM Studios.  She designed two dresses, which were gifts from the studio to their star.  Helen was the CD on four of Princess Grace’s MGM movies. 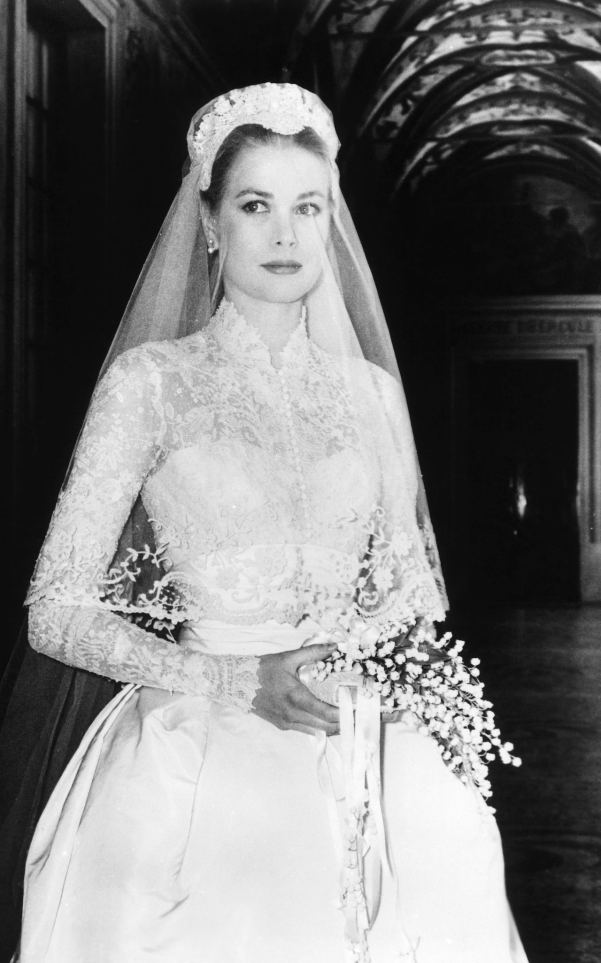 Princess Catherine 2011.  Designed by Sarah Burton for Alexander McQueen. Sarah took over as Creative Director of the house in 2010 after McQueen’s death.  I don’t know if it’s rule that shoulders must covered for church wedding in the UK but this dress definitely helped bring back sleeves for wedding dresses.

The sleeveless wedding dress had dominated for years.  It didn’t matter that the style was hard to pull off and not universally flattering.  Bridal dress manufactures are happy to make this style because it’s cheaper to make.  Many American brides complained about the difficulty of finding wedding dresses with any kind of sleeve that wasn’t dowdy and/or dated.  That changed after 2011.

This dress is modern and fresh.

Princess Mabel 2004.  The Princess married the late Dutch Prince Johan Frisco in a custom Viktor & Rolf dress.  Instead of buttons, the fashion forward Dutch designers used bows.  The cut on this dress is beyond.   The bows add a bit of whimsy.

The bride turned down their more conventional designs and asked for something memorable.   It’s unique without being a costume.