Sofie and Domenico have dreamed about opening a restaurant and micro bakery in Rome for years and recently they made that dream come true. They’ve opened Marigold in the dynamic and artsy Ostiense neighborhood.

It’s on the other side of town and quite the hike for me.  However, after my meal on Saturday, I’m more than happy to walk to the tram, take the tram to the Metro, and then walk from the Metro to the restaruant.

My friend Marta and I met for brunch.  Well, more like breakfast as we arrived pretty early, around 10.  It’s a good thing we did.  The restaurant filled up quickly and I read there’s usually a line out the door after 1:00 p.m.  The space is lovely.  It’s minimalist/modern yet warm.  The music is chill and enhances the vibe. The handmade ceramics are beautiful.  The service was great, attentive without being intrusive.

We both had the waffles as we never make them at home.  Neither one of us has a waffle pan.  They were excellent.   I also ordered some carrot cake because it was Saturday.  It was delicious.  I’m very picky about cakes, especially in Italian where American style ones can be too dry.  The carrot cake was perfection.  Not too sweet and the icing was great too.

I haven’t had the bread but my friends rave about it.  Sofie walked out with a tray of chocolate chip cookies as we were leaving.  I had already ate my weight in sugar and bought some cinnamon rolls to go.  While I was tempted to buy some cookies, I decided to hold off and return another day.  I will probably buy some cinnamon rolls too and the carrot cake again, and maybe a brownie.  Perhaps it’s a good thing that Marigold is on the other side of town. 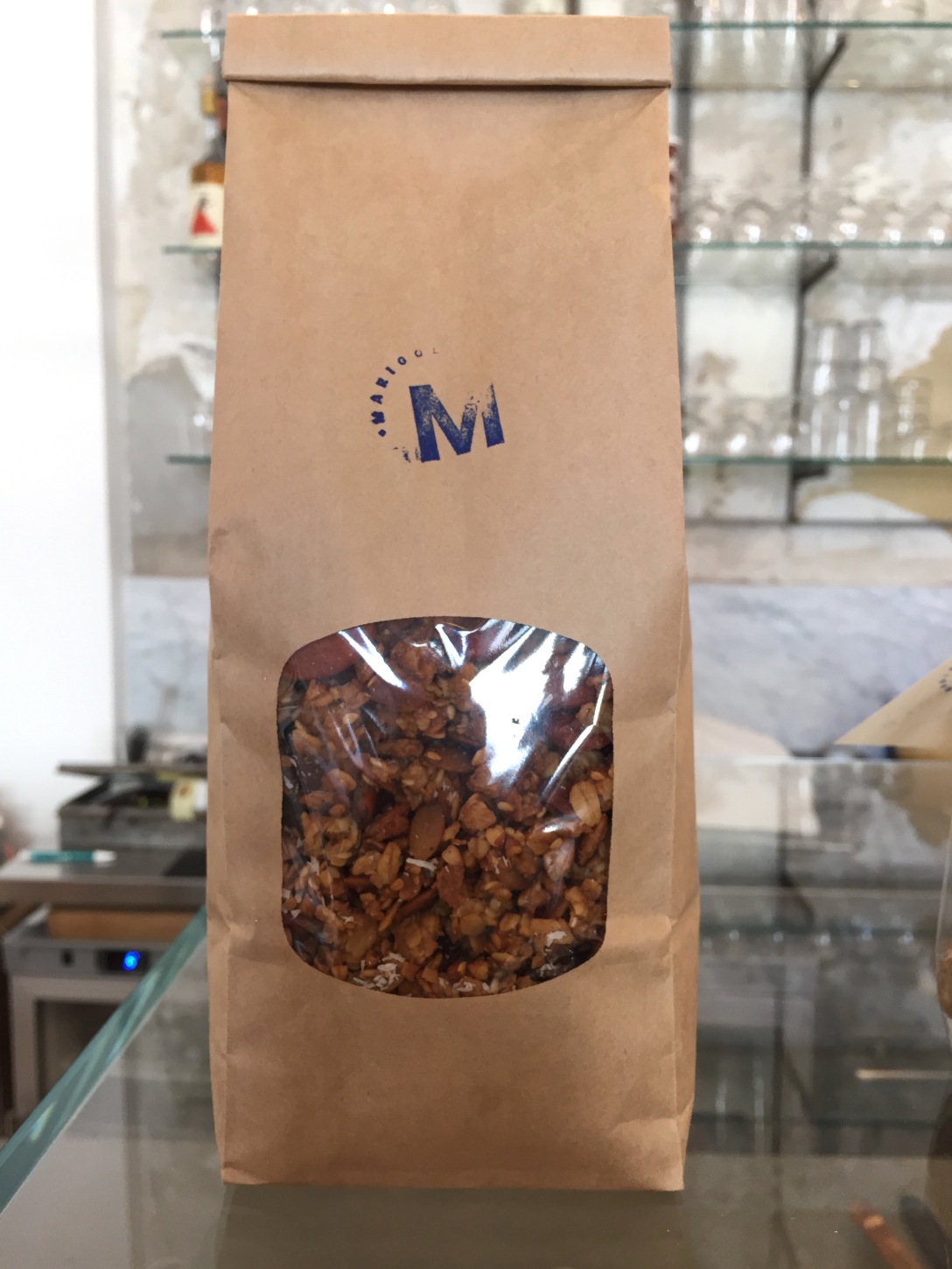